Adolf Hitler and his National Socialist Party are closely linked with Munich’s history of the past century.

Munich, the "Capital of Movement", was where racist and military attack programs were designed, and political opponents were eliminated. In Dachau, only a few kilometers away, one of the first concentration camps was set up.

We will show you the places connected with the darkest chapter in the history of Munich. We want you to understand and learn, even where there’s nothing left to see. Let us explain how the locals reacted to the rise of National Socialism, and talk about resistance. We will discuss how contemporary Munich is dealing with its past. 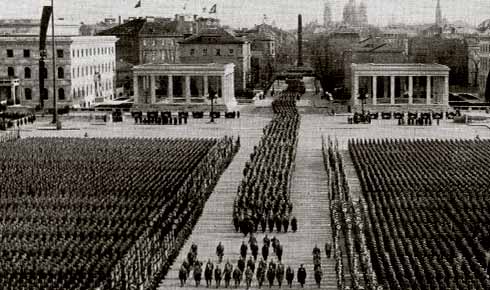 Let us take you to the sites that marked the time of the 'Capital of the Nazi Movement'. You will learn about the rise and fall of the Third Reich. We will visit the Field Marshals' Hall, Hofbräuhaus, Königsplatz and many other places. 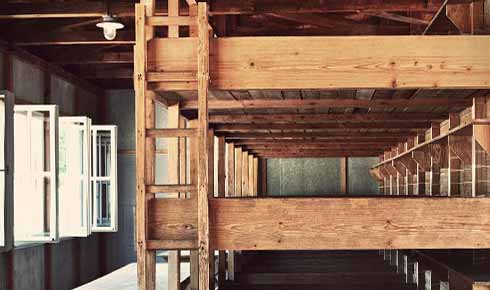 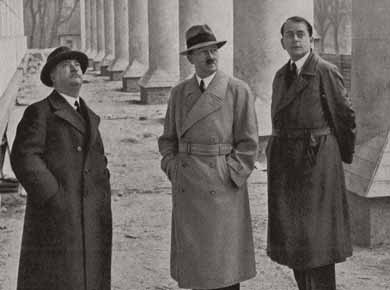 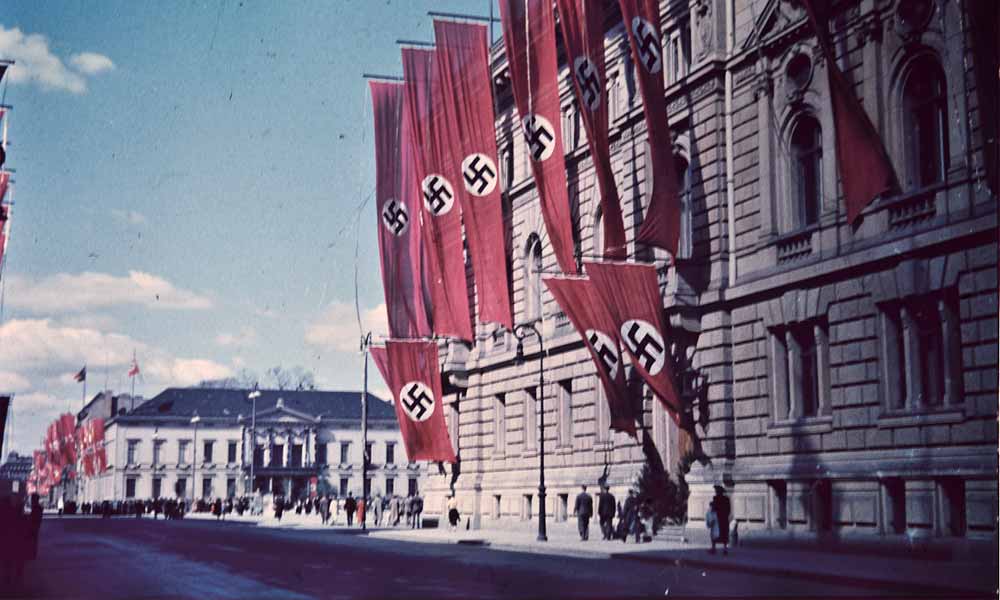 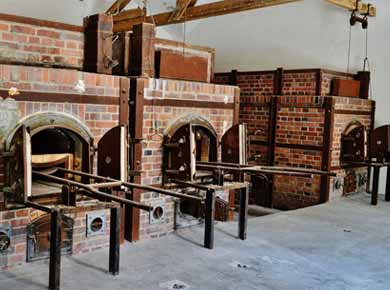 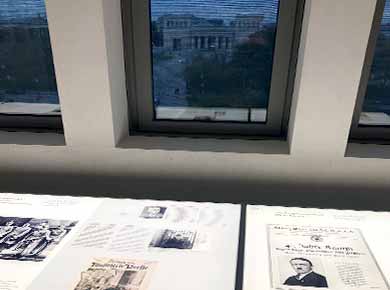 Having been rejected by the Academy of Fine Arts in Vienna, Adolf Hitler moved to Munich in 1913. After serving with the Bavarian troops in the First World War, he joined local right-wing extremist circles. Hitler took a leading role in the German Workers’ Party, which was later re-named The National Socialist German Workers’ "Nazi" Party, of which he was elected party chairman by 1921.

Birthplace of the National Socialist Party

Inside the Munich Documentation Center for the History of National Socialism

Built on the site of the former ‚Brown House’, once the headquarters of the Nazi Party, the Documentation Center documents Munich's role as the birthplace of National Socialism and discusses Munich’s difficulties in confronting its past after 1945.

What is the White Rose?

The White Rose is one of the best-known German resistance groups. In 1942, this group of young students and their friends distributed leaflets calling for opposition to the National Socialist regime and an end to the war. In 1943, seven members of the White Rose were sentenced to death and executed, many more sentenced to long years in prison.

Privacy is important to us!
We use Google Analytics to analyze traffic and improve user experience. There are three options to choose from. Select via the buttons. Details can be found in the privacy settings.

Google Analytics uses so-called cookies. Cookies are text files, which are stored on your computer and that enable an analysis of the use of the website by users. The information generated by cookies on your use of this website is usually transferred to a Google server in the United States, where it is stored.

The storage of Google Analytics cookies and the utilization of this analysis tool are based on Art. 6 Sect. 1 lit. f GDPR. The operator of this website has a legitimate interest in the analysis of user patterns to optimize both, the services offered online and the operator’s advertising activities.

On this website, we have activated the IP anonymization function. As a result, your IP address will be abbreviated by Google within the member states of the European Union or in other states that have ratified the Convention on the European Economic Area prior to its transmission to the United States. The full IP address will be transmitted to one of Google’s servers in the United States and abbreviated there only in exceptional cases. On behalf of the operator of this website, Google shall use this information to analyse your use of this website to generate reports on website activities and to render other services to the operator of this website that are related to the use of the website and the Internet. The IP address transmitted in conjunction with Google Analytics from your browser shall not be merged with other data in Google’s possession.

You do have the option to prevent the archiving of cookies by making pertinent changes to the settings of your browser software. However, we have to point out that in this case you may not be able to use all of the functions of this website to their fullest extent. Moreover, you have the option prevent the recording of the data generated by the cookie and affiliated with your use of the website (including your IP address) by Google as well as the processing of this data by Google by downloading and installing the browser plug-in available under the following link: https://tools.google.com/dlpage/gaoptout?hl=en.

Objection to the recording of data

For more information about the handling of user data by Google Analytics, please consult Google’s Data Privacy Declaration at: https://support.google.com/analytics/answer/6004245?hl=en.

We have executed a contract data processing agreement with Google and are implementing the stringent provisions of the German data protection agencies to the fullest when using Google Analytics.

This website uses the function “demographic parameters” provided by Google Analytics. It makes it possible to generate reports providing information on the age, gender and interests of website visitors. The sources of this information are interest-related advertising by Google as well as visitor data obtained from third party providers. This data cannot be allocated to a specific individual. You have the option to deactivate this function at any time by making pertinent settings changes for advertising in your Google account or you can generally prohibit the recording of your data by Google Analytics as explained in section “Objection to the recording of data.”

Data on the user or incident level stored by Google linked to cookies, user IDs or advertising IDs (e.g. DoubleClick cookies, Android advertising ID) will be anonymized or deleted after 14 month. For details please click the following link: https://support.google.com/analytics/answer/7667196?hl=de